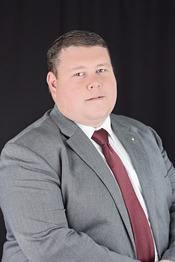 Born and raised in Olive Hill, KY Jason began working part-time for a local funeral Home after Graduating from West Carter High School in 2003, He went on to serve his apprenticeship in Western, KY and graduated from Mid-America College of Funeral Service in 2006, receiving his Kentucky Funeral Director & Embalmer’s License two weeks after graduation. Before Founding Duvall & Moore Funeral Home & Cremation Service Jason worked for Several Funeral Firms in Kentucky, Including the Borden Mortuary Group the largest Mortuary Service in the State of Kentucky, during this time he became regarded as a very talented and skilled embalmer, often being called upon by other funeral homes in special circumstances.
He is married to Jessica Ross Duvall and they have one daughter Macey.
Jason is a member of the First Baptist Church of Olive Hill where he serves on several committes and is sound technician, a member of Olive Hill Masonic Lodge #629, Olive Hill Order of the Eastern Star Chapter #290, an a member of the El-Hasa Shrine Temple in Ashland, KY,   a  volunteer firefighter with Olive Hill Fire& Rescue, In addition he has also  served as Deputy Coroner for Carter County from 2008 to 2014.
In his free time Jason enjoys spending time with his family, Farming, and collecting and trading Pocket Knives.

" From the first day I entered into Funeral Service, I've Always believed that being a Funeral Director & Embalmer was much more than just a Job. It's about caring for People in their Darkest Hour. I've truly been blessed to be able to care for the People of Olive Hill and surrounding area's." 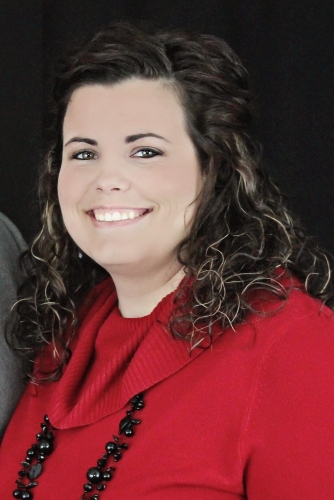 Jessica is a employed with St. Claire Regional Medical Center in Morehead, KY as a Medical Coder. She is married to Jason Duvall and they have one daughter Macey Duvall.

She is a member of First Baptist Church in Olive Hill, KY where she serves as Kid's Choir Director and Sings with New Mercies Gospel Group.

When not at work or the Funeral Home Jessica loves to travel, Craft, Event Planning and spending time with her family. She also is an Avid UK Football and Basketball fan and a member of Olive Hill Eastern Star Chapter #290 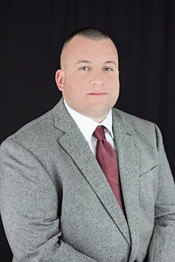 Jarrod was born in Sandy Hook Kentucky and began his career in the funeral industry in 1998 while in high school as an intern at the Lewis& Ferguson Funeral Home in Sandy Hook. Jarrod continued to work there both part time and full time until 2009. Jarrod was also a deputy for the Elliott County Coroner's Office for 5 years before moving to Morehead and transferring to the Rowan County Coroner's Office as a deputy. Jarrod also worked part time for the Northcutt and Son Home for Funerals in Morehead and is still employed with Rowan Co.. Jarrod married Randa Day from Morehead and is the father of two beautiful children, Madilyn and Jase Gilliam. Jarrod enjoys time with his family and is also very involved with his community as a paramedic and volunteers with the local fire department.
" I have always been interested in helping people and have enjoyed serving others throughout my career both at work and with EMS and the fire department. I am proud to be a part of a family owned community oriented funeral home and look forward to being a part of and being able to serve the community of Olive Hill".